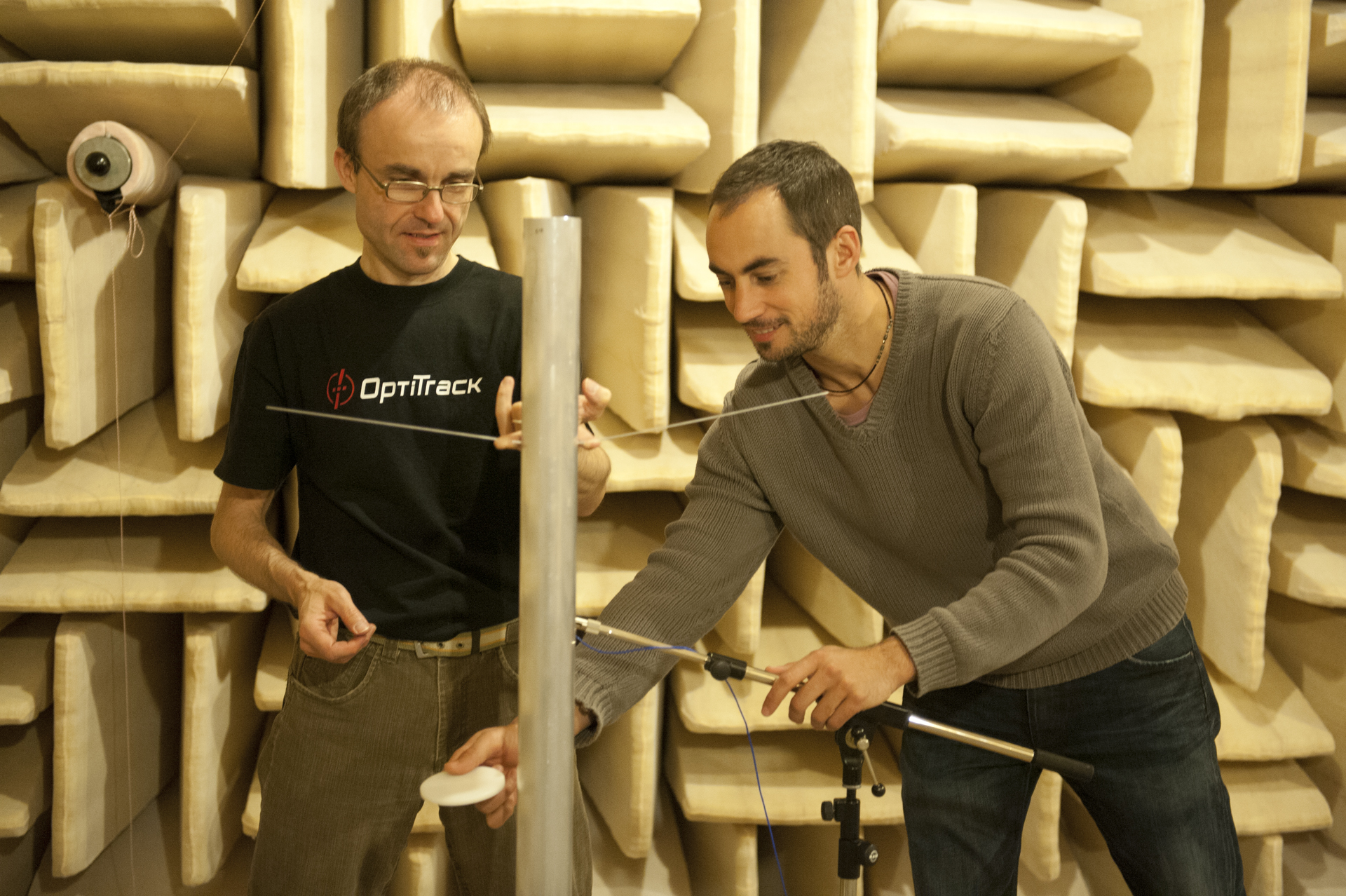 The solinophone is a musical instrument designed to explore microtonal music and interactivity. A first prototype was developed at Ecole polytechnique fédérale de Lausanne (EPFL) in collaboration with the Acoustics Lab LEMA, the Mechanics Workshop and the retired Sinlab, and received funding from EPFL's Cultural Affairs in 2012. The prototype was created by scientist Hillary Sanctuary to explore microtonal tunings beyond the usual 12-tone tuning of Western music.

The prototpye has three distinct octaves each of which are divided into a different number of tones: the first is tuned to the usual 12-tones, those of the piano; the second is tuned to 19 tones; the third is tuned to 31 tones.

The solinophone (derived from the Greek words σωλήνες – solines, meaning “tubes” + φωνή – phone, meaning “sound”) consists of metallic tubular bells. The solinophone distinguishes itself from other metallophones in two ways: it is microtonal and it has extended interactive capabilities. Not only is it a new musical instrument, it is also a tool for musicians wishing to explore different means of interaction for playing the bells.

The instrument is to be fully equipped with MIDI controlled hammers and beyond. Future ideas would be to develop creative ways to play the solinophone, with possibilities as diverse as touch-sensitive surfaces to motion tracking.

The solinophone project was possible thanks to EPFL’s Cultural Affairs. The prototype was built with the help of the EPFL laboratories LEMA, ATMX and Sinlab.

In particular, we would like to thank the following people and institutions for their valuable support, encouragement and/or contribution to the solinophone project.